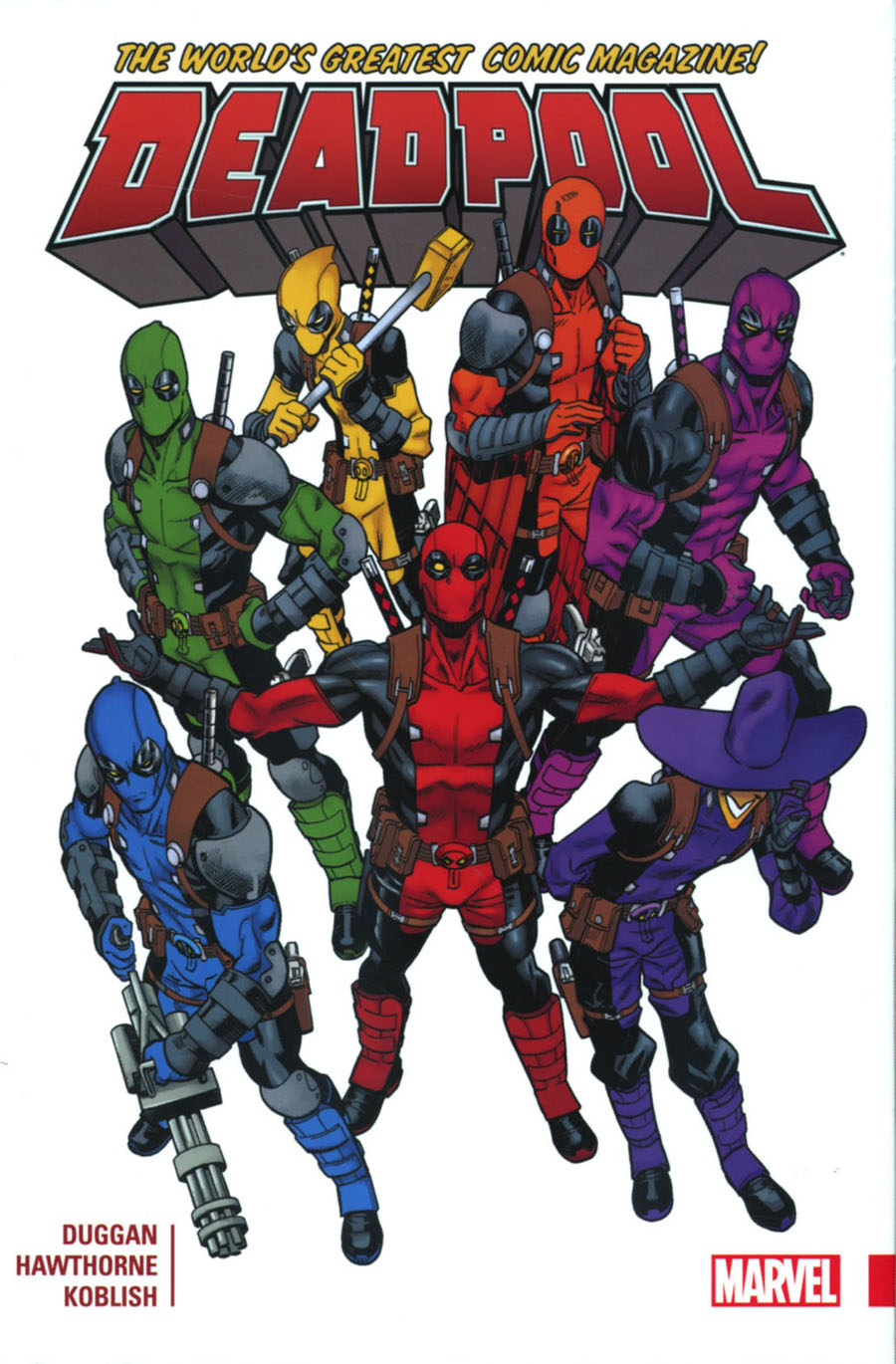 He's annoying. He's dangerous. He smells terrible. But the public loves him! That's right, 25 years after his introduction, the Merc with a Mouth is now an Avenger and the world's most popular hero. Eat that, Spidey! But with great popularity comes overbearing responsibility, so Wade has called in a little help being him. You won't believe - or recognize - who he signed up! (Unless you've memorized the entire Official Handbook.) But when an imposter sets out to ruin Deadpool, our hero has the perfect bait to lure the baddie out: his innocent daughter, Ellie! Plus: Jump decades into the future for an even-newer, even-different-er Deadpool 2099! And in an entirely Spanish-language tale, meet Masacre - the Deadpool of Mexico! This book has more Deadpool than you can handle! Collecting DEADPOOL (2015) #1-7 and #3.1: TRES PUNTO UNO. 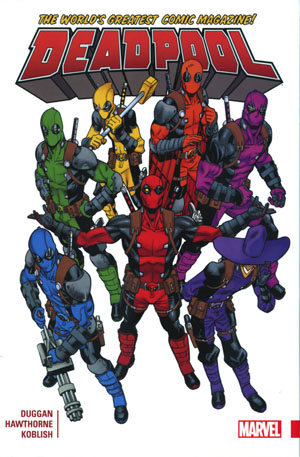