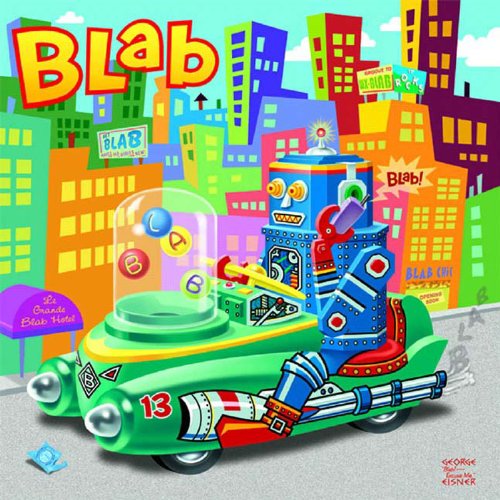 The best anthology of the graphic arts for over 10 years is better than ever.

The preeminent anthology of the graphic arts, BLAB!'s list of contributors past and present reads like a Who's Who of the contemporary visual art world. This is why Chronicle Books will release an anniversary BLAB! omnibus in 2003 in a deluxe, hardcover format. In the meantime, we have the latest all-new volume, edited and designed by five-time New York Festival of Advertising award-winner Monte Beauchamp. Under his guidance, BLAB! has grown from a digest-size b/w fanzine he began over 10 years ago to an annual coffee-table showcase of impeccable production values and master craftsmanship, an objet d'art that has become a standard-bearer in the world of professional graphic arts.