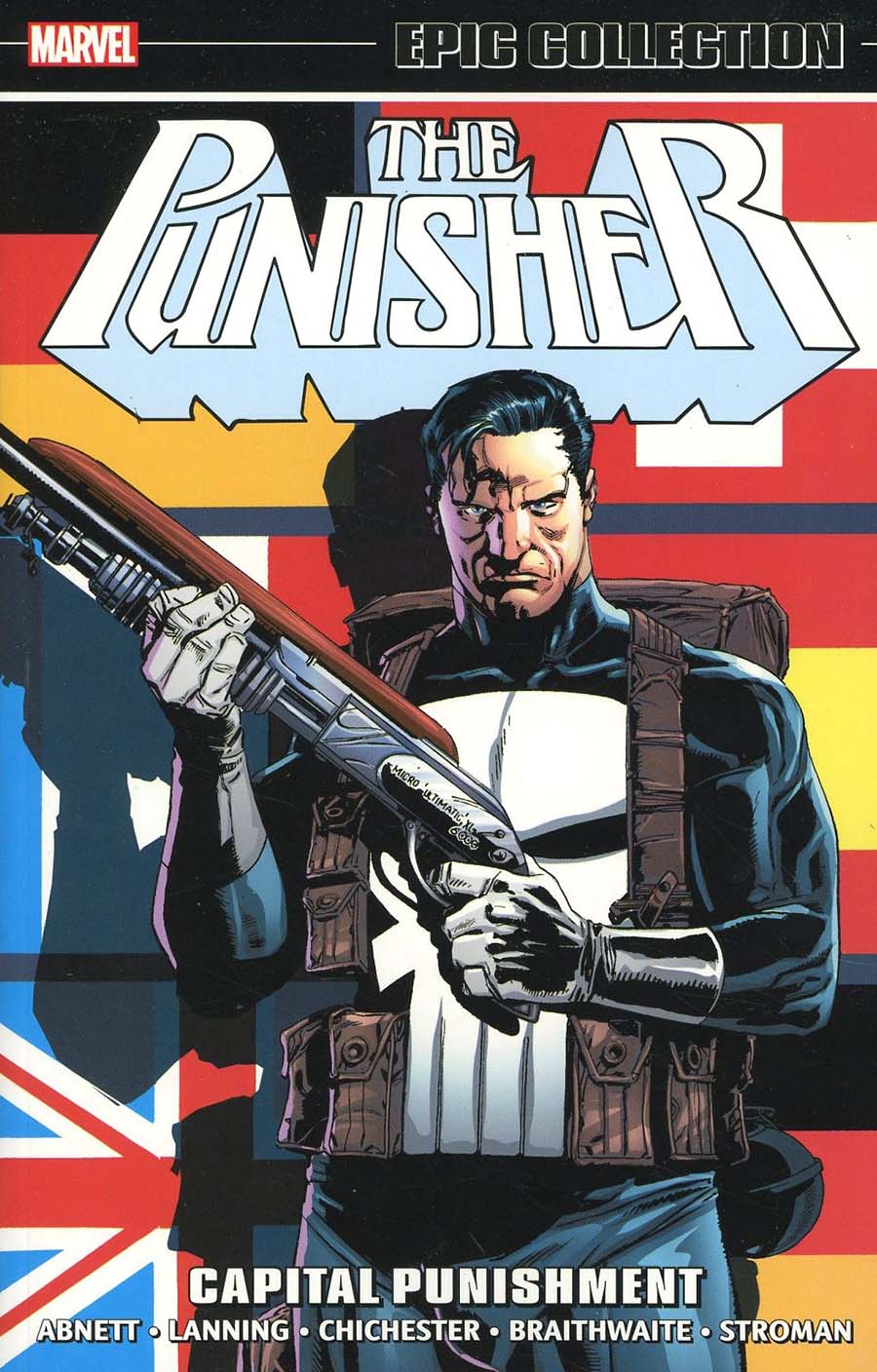 The Punisher hits Europe! When Frank Castle heads to London in pursuit of the assassin Snakebite, he finds a whole continent of trouble - as well as the British vigilante Outlaw, his biggest fan! Their fragile Anglo-American alliance must survive a deadly chase from country to country that will draw in mercenaries from Batroc to the Tarantula! But can the Punisher put a stop to a plot that goes all the way up to the Kingpin himself? And if he can manage to return to America in one piece, Frank will be targeted by the anti-vigilantism task force known as V.I.G.I.L.! Plus: The Punisher in space! The death-dealing Baron Cemetery! And a tense team-up with the Avengers' own Black Widow! Collecting PUNISHER (1987) #63-75, PUNISHER: G-FORCE, PUNISHER: DIE HARD IN THE BIG EASY and PUNISHER/BLACK WIDOW: SPINNING DOOMSDAY'S WEB. Rated T+ 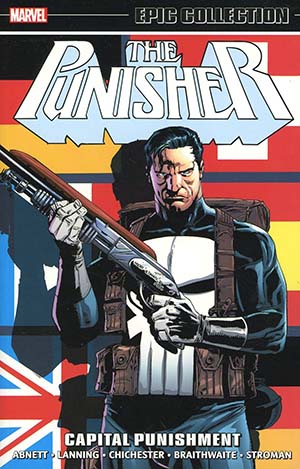