Celebrating over 15 years of its creation, Michael Turner's incredible vision of magic and wonder returns for an all-new volume!
Malikai and the gang track Janus back to his castle stronghold. Outnumbered and seemingly overmatched, the writing is on the wall, but Janus has his own writing - And, the magic it unleashes will shock and awe. Plus, Rainier continues his war with Madix's army, and the time has come for Rainier to make his mark --Permanently!
Michael Turner and Aspen Comics' flagship title commemorates its landmark fifteenth year and the creative team of long time Soulfire writer J.T. Krul (Teen Titans, Jirni), newcomer Chahine Ladjouze, and colorist Wes Hartman have joined forces to bring new readers as well as loyal fans alike a Soulfire story for the next generation! 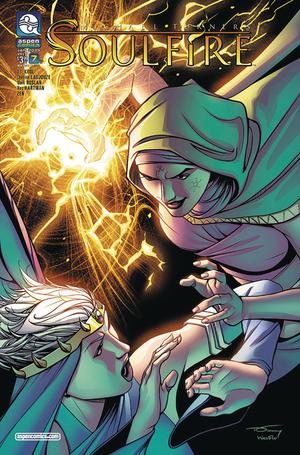 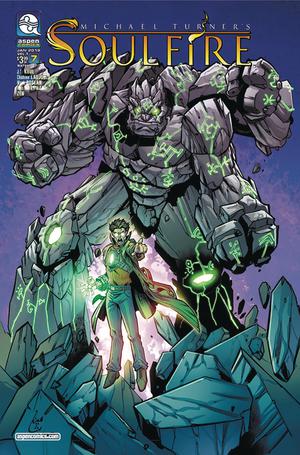