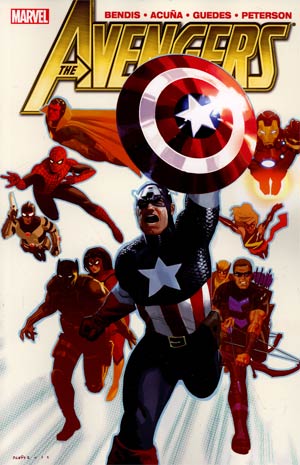 Tony Stark's fortune is gone. Captain America's leadership has been questioned. Thor is dead. And Norman Osborn is back! Freed from prison by his H.A.M.M.E.R. loyalists, Osborn has allied with A.I.M., Superia and Madame Hydra. The man who once controlled America's security apparatus now wants revenge in the worst way possible. Now, the Avengers who deposed him are the target of Osborn's new secret weapon: an army with the powers of the Marvel Universe at its disposal - with Earth's Mightiest in its crosshairs! Such a threat requires reinforcements, so it's up to Captain America to shake up the Avengers' roster and bring in new firepower. Unfortunately for the Avengers, they have no idea what's coming! Will the cry of 'Avengers Assemble' ring too late? Collecting AVENGERS (2010) #18-24 and #24.1.